Last week we went to Asheville, a little city in the Blue Ridge Mountains. We took the kids to the Western North Carolina Nature Center to see black bears, coyotes, wolves and cougars. There are other animals too, but my son is specially interested in large predators. The featured image is the flower I thought I saw growing wild along the road between Greenville and Asheville. I will have to ask my mother in law.

I had my iPhone and could not zoom on the resting cougars. I did the best I could with the photos after. The big cats were pretty lazy and cuddly in the shadows of what ended up being a hot April afternoon. 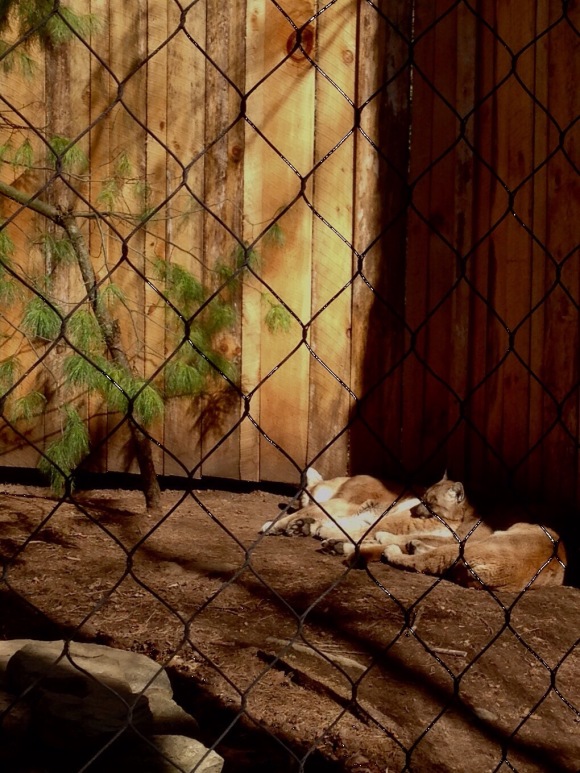 I cannot forget the sheep. Their expressions in the photos make me chuckle. They look, well, sheepish. As though we have walked in on them in their private quarters. Which we had!

One reply on “Nature in the Blue Ridge Mountains”

It sounds as though you had a lovely time in Asheville, especially at the Nature Center. It’s funny how children either love or hate (by which I mean terrified of) the big predators. Must be something to do with the loud roars! Great photos – I love the gingery-coloured sheep.