I like reading dreams. In a past life, I would be an old crooked lady in the Iron Age, reading dreams, interpreting omens, cracking eggs on black cast iron plates and stirring them around with my gnarly fingernails.

But this is not what I’m supposed to be writing about today.

I have a problem with my iPhone. I have too many pictures on it and am running out of storage. I delete all my music to have enough rooms for my photos and every day I think about downloading my photos onto my computer, but I don’t. I dug out my iPod to compensate and have been listening to my “old” music on shuffle in the car. Erykah Badu’s Apple Tree came on. I first heard the song in 2000 while I was living in Paris.

In 2004, I drove back and forth alone on I-395 into DC and back to Alexandria, and back and forth, often listening to this song. I imagined a video for the song, with her “hanging out with all her artsy friends” in a lounge that looked like it was in someone’s incredible house but was really a set. A little like the Janet Jackson video for All For You, except these people were cool. And, I was there at that party, which was not even a real party, but a fake party for a video on a set. I was certain that all my problems would be solved if I were there. And, the thing with videos is that they never end, you can play them over and over and over again. Like that Jay-Z song Forever Young.

Today, I try to act as if those are not the solutions to my problems, although my thoughts may hesitate or trail my actions. It turns out, I’ve been at the right party all along. 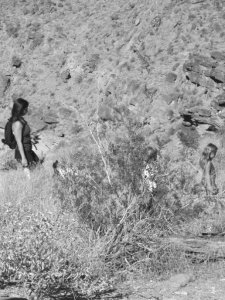 Nice one! I like your changing up of the assignment. It seems like you wrote with yourself as your dream reader. Also, I like your interaction with music. Congrats on discovering the party.